Lainox in Malta to unleash the power of Naboo

During a dedicated training session held at the state-of-the-art kitchens of the Mediterranean Culinary Academy in Naxxar, Lorenzo Possamai from Lainox in Italy demonstrated the Lainox kitchen triathlon.

What is the Lainox kitchen triathlon? 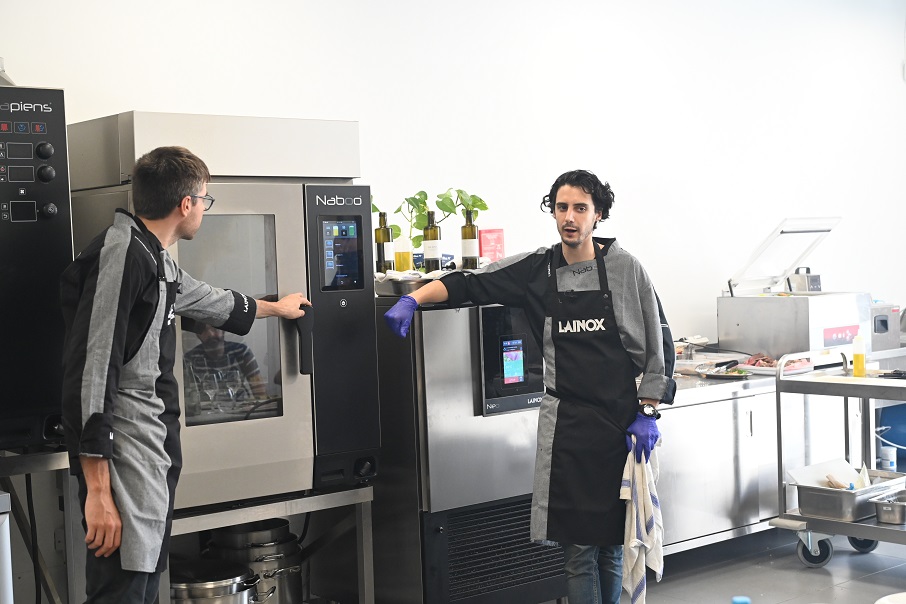 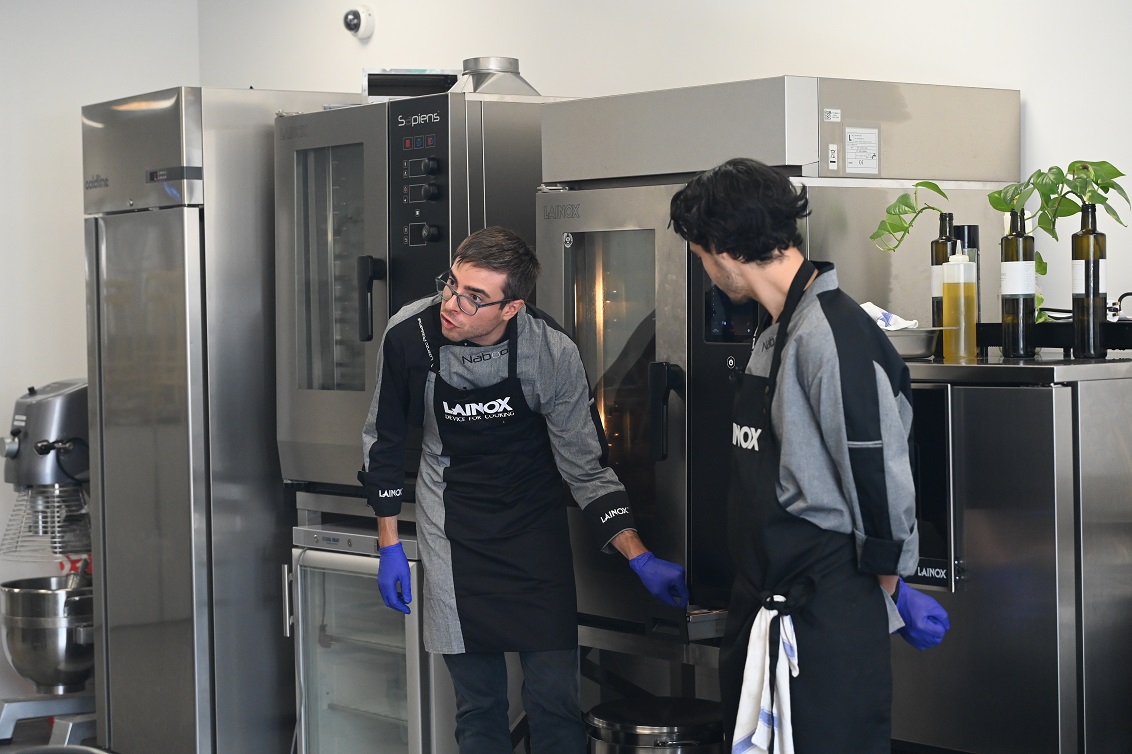 It’s an innovative system to organise the workflow in your kitchen so that you can optimise the use of your staff and easily manage work peaks without having to compromise on quality.

How is it possible?

Well, thanks to its innovative combi-freezer, Lainox allows you to take full advantage of slow-moving days to prepare in advance a large part of your menu, using sous-vide and low temperature cooking technology during the night, with automatic cycles of cooking and blast chilling while you are sleeping.

Then, during the lunch and dinner service, thanks to the multiple levels available in the Lainox ovens together with the cooking software of Lainox top-of-the-line combi oven Naboo, you can have a variety of recipes being cooked simultaneously. This can be done even if you have a limited number of kitchen staff or if they are inexperienced. If you need even more speed, thanks to the Lainox high speed oven Oracle, you can even ask waiters, bar staff or untrained personnel to finish off cooking and serve your customers almost in a matter of seconds.

What did our guest chefs see at the demonstration? 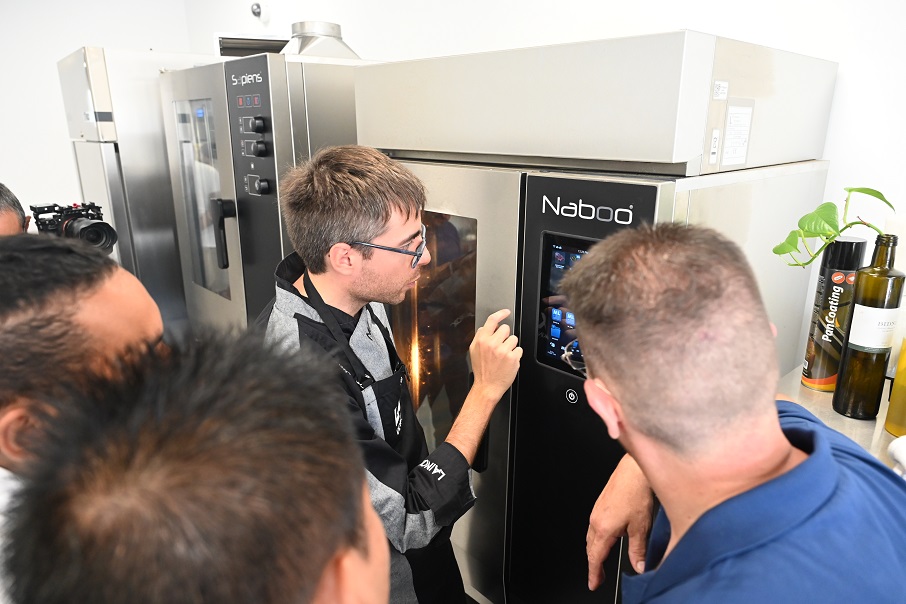 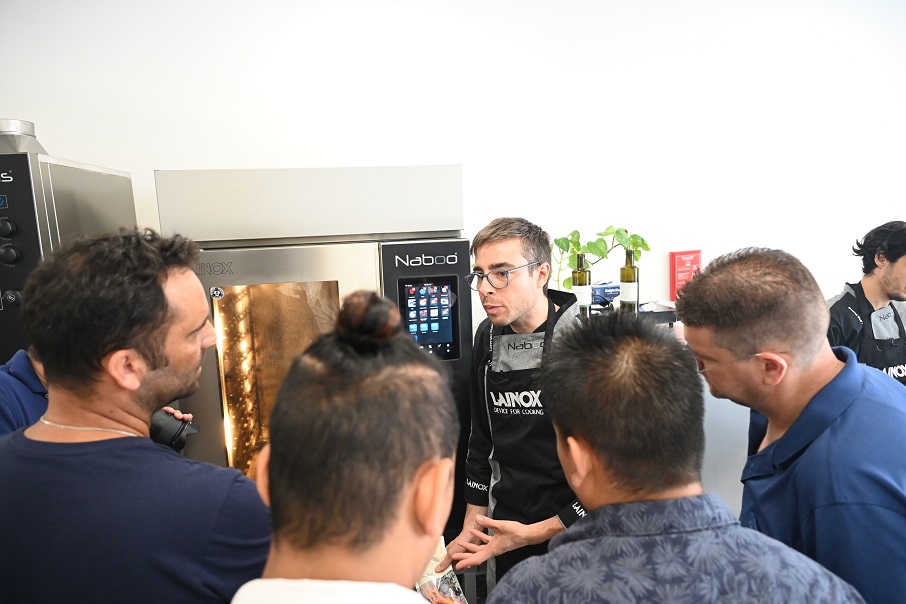 Lorenzo demonstrated how our chefs can transform a pizza from frozen to ready-to-eat in less than 2 minutes; the chefs also saw the finishing of product that was slow-cooked and then chilled; they also saw grilling, deep-frying, stir-frying and baking, all done simultaneously in the combi ovens.

And, above all, the chefs were amazed to see how the software and the system is so easy to use and does so much to optimise the work flow and guarantee that the quality is always consistent. 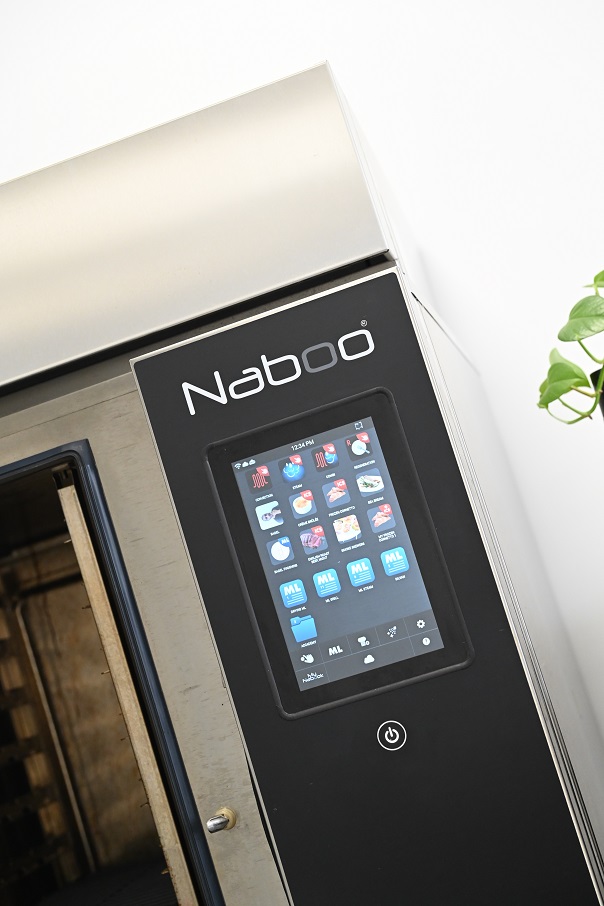 Lainox is a company with a long heritage of over 41 years of specific focus on combi ovens. Thanks to its unique patent cloud system, Lainox is definitely the company which has invested more in pioneering technology.

Today Lainox offers not just a highly reliable and combi oven that cooks perfectly, but a cooking devise which becomes like a chef alter-ego in the kitchen, making sure that each cooking is perfect and well synchronised with the other preparation. The oven can be paired to both the multifunctional blast-chiller and to the high-speed oven, creating a cycle that can enable catering kitchens to serve a large amount of people even with limited staff. 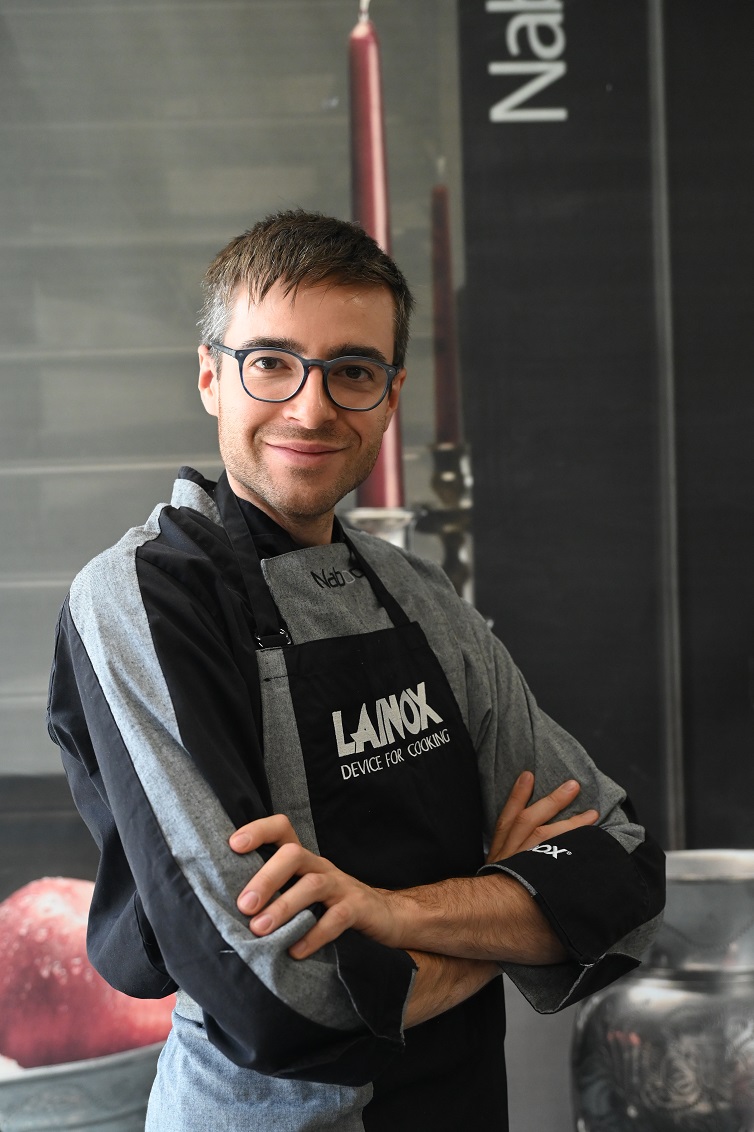 Discovering and exploring has been Lorenzo’s passion from the get go, a driving force that was always combined with his love for the traditional Italian food. This excitement and curiosity was ignited when he was still a child by his grandparent and then challenged and expanded when he grew up to be a chef in Italy, Korea and China and then back to Italy with his path within Lainox. The knowledge of traditional cooking preparation was the essential base but Lorenzo’s skills have now been honed and reconstructed, learning the new techniques to make the best use of Lainox’s cutting edge and pioneering technologies.

Today Lorenzo’s job is to help chefs to meet the challenges of today’s realities in the catering business. The aim is to support chefs with the Lainox technology to be able to keep cooking to the level that they were used despite the growing challenges within the horeca business, such as understaffing issues, the challenge to manage different clients’ allergies and the ever-increasing requirement for speed.

Our future trainers at the Mediterranean Culinary Academy 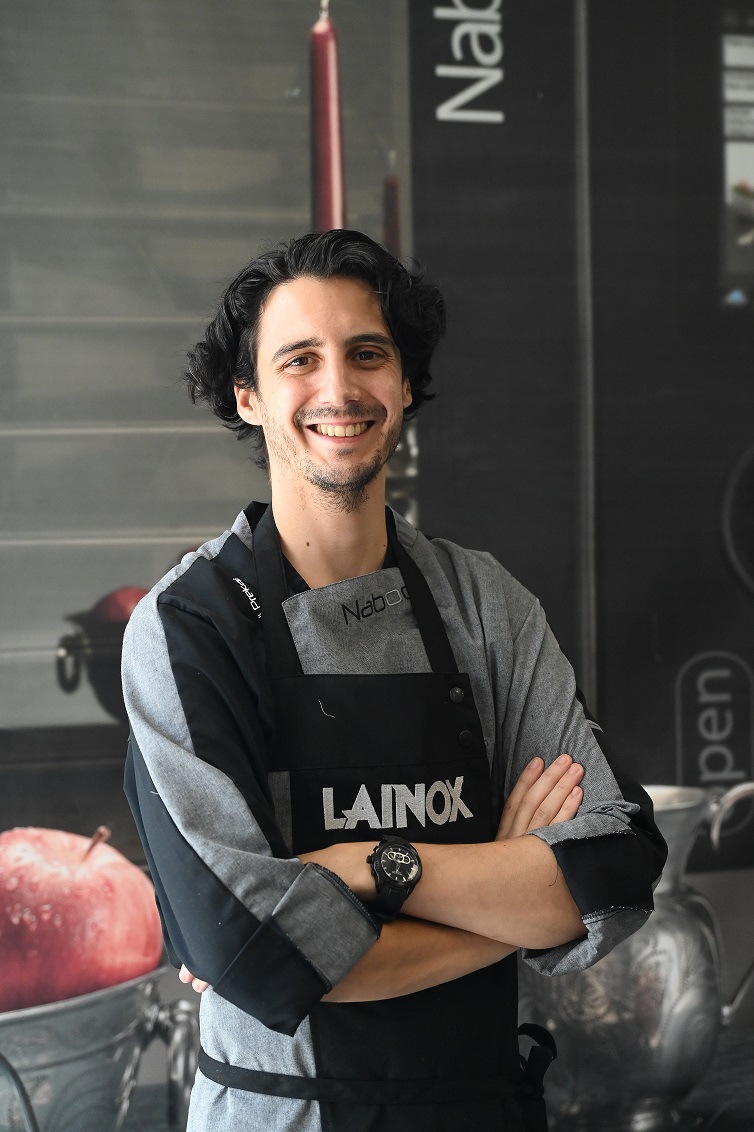 A gastronome by profession, Kurt started his career in the food industry at the age of 18, working in both fine dining as well as casual restaurants. He went on to study at the University of Gastronomic Sciences in Italy where he contributed to the organisation of the university’s first study trip to Malta. In 2015 he led the Maltese delegation to the First edition of the “Slow Food Youth Network International Conference”, at the Milan Expo. Since founding The Mediterranean Culinary Academy in 2017, Kurt has overseen the development of the monovarietal endemic olive oil Bidni, seen over 2,500 students pass through its doors, helped in the organisation of over 100 different culinary events from single-session workshops, olive picking events and ceremonies to inaugurate the planting of over 100 new endemic olive trees in the Bidni olive grove. 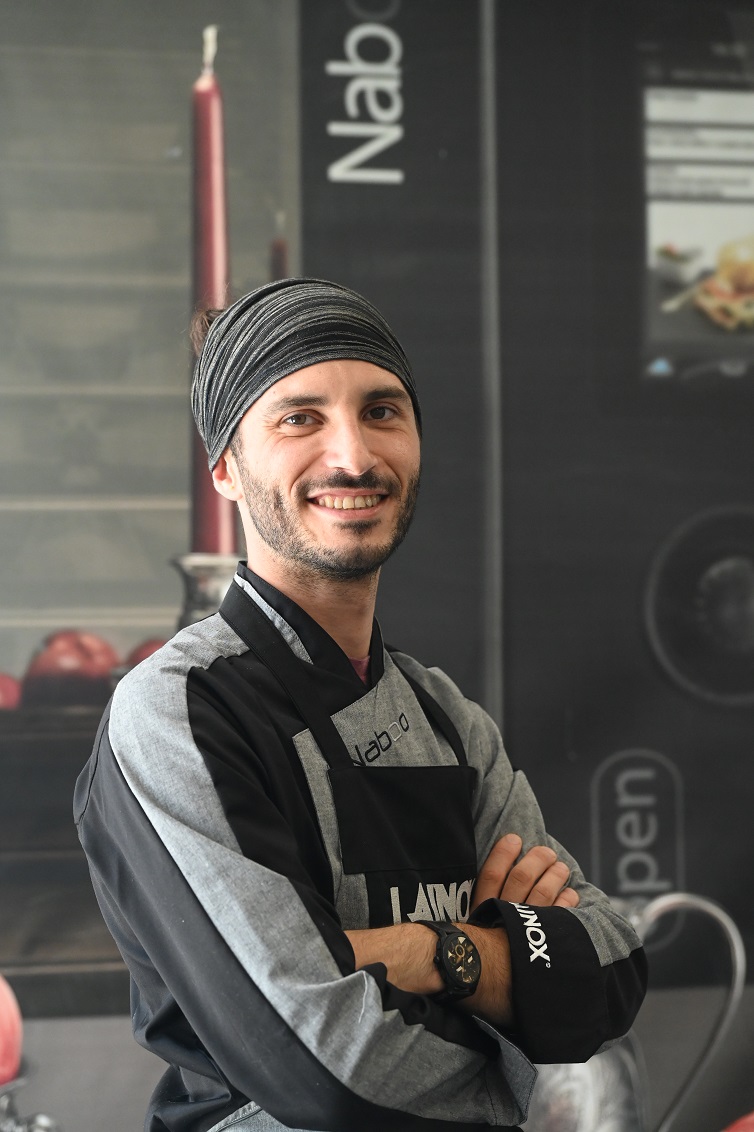 Starting at a young age David worked his way up the ranks in the kitchen brigade, he later obtained a diploma in Food Preparation and Production. He left Malta to live in the UK for 3 years working at the 1 Michelin star Drake’s restaurant in Ripley, John Campbell’s 1 Michelin Star restaurant at the Coworth Park hotel, and The Fat Duck. After returning to Malta, he took the position of head chef at Modo Mio in Valletta. He travelled around Asia and Australia for almost 2 years. During his travels, he had the opportunity to consult and set up a vegan restaurant in Cambodia.

Lainox and Naboo are exclusively available at The Catering Centre.

Want to know more? Call us on +356 2157 7305, send an email on This email address is being protected from spambots. You need JavaScript enabled to view it. or message us on Facebook! We’d love to hear from you.

We use cookies on our website. Some of them are essential for the operation of the site, while others help us to improve this site and the user experience (tracking cookies). You can decide for yourself whether you want to allow cookies or not. Please note that if you reject them, you may not be able to use all the functionalities of the site.